Why XSB.TO Is In The Regular Portfolio 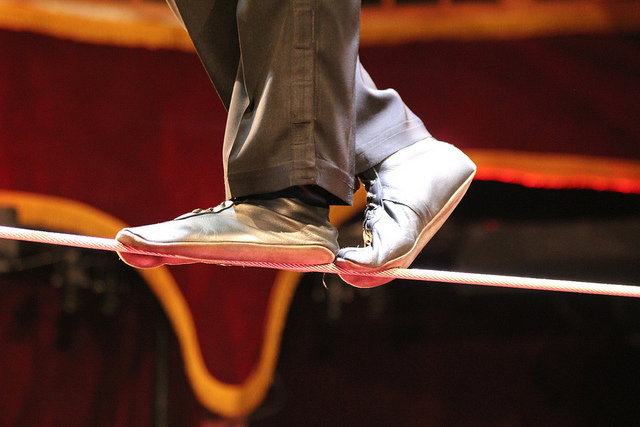 Currently, the biggest component of every regular portfolio apart from Portfolio 5 is the iShares Canadian Short Term Bond Index ETF (Ticker: XSB.TO). As the name suggests, XSB.TO contains hundreds of different bonds, the majority of which are owed by the various Canadian governments. That means when you buy shares of XSB.TO, you're really buying tiny slices of hundreds of very safe bonds.

Some members have emailed to ask me whether they should hold bonds at all. These members say that they don't need the money for at least a decade, so they can take on more risk. Given that XSB.TO yields just 1.35% per year after fees, and given that stocks have performed much better than that in the past, shouldn't they just skip the bonds altogether?

My short answer to this is No. Even if you have a higher risk tolerance, I believe you should still hold bonds. In this article, I'll explain why.

The Benefits Of Rebalancing

Now, here's the question: historically, which investor would have done better?

You would be tempted to say Aaron did better, but you would be wrong. According to Vanguard who did this exact research using historical data stretching back to 1926, both Aaron and Ben would have generated roughly the same returns of 9.5% per year. However, Ben's portfolio would have moved up and down quite a bit less than Aaron's, which would have made Ben's portfolio better after adjusting for risk.

You might wonder how this is possible. Given that bonds only returned roughly 5% per year during that same period, shouldn't Aaron have outperformed Ben?

The key to this mystery lies with one thing - Rebalancing.

Let's think about how this happened. After year 1, Ben sold stocks after it ran up and bought bonds with the proceeds. As a result, Ben didn't lose as much money in year 2 than if he would have, had he left his portfolio untouched. Because Ben bought stocks at the end of year 2, he also made more money in year 3 than he would have, had he not rebalanced the portfolio.

Given such findings, you might ask another question: why would we ever deviate from a 50/50 balanced portfolio, or some other portfolio heavy in bonds? Well, let me give my thoughts on that too.

The Benefits Of Market Timing

While it's generally a good idea to maintain a sizable portion of our portfolio in bonds as we saw, there are times when we can do even better. Let me illustrate this using an example as well.

Let's take our previous example where stocks went up by 30%, down by 30%, and then went up by 30% again, while bonds consistently yielded 4%.

Now, let's say that Caleb implemented a market timing strategy. Let's say Caleb started out with a 50/50 balanced portfolio. But after year 1, he sold more stocks than Ben did, and end up with a 40% stocks/60% bond mix. As a result, he would have only suffered a 10% decline in year 2.

After year 2, let's say Caleb bought more stocks than Ben did, and ended with a 60% stocks/40% bonds mix. In year 3, he would have gained roughly 20% in year 3. Overall, Caleb would have returned 26% after 3 years, handily beating both Aaron and Ben.

Academic research on this topic confirms the potential of market timing. Researchers who used historical data found that if an investor could predict with 100% accuracy whether stocks would have a good year or not, and switched their whole portfolio between stocks and bonds accordingly, that investor would have outperformed the stock market by 4% per year.

While this sounds good in theory, there's one obvious catch: for this to work, the investor would have to have a 100% accurate crystal ball. Unfortunately, even the greatest of investors don't have that accuracy.

However, there's some good news. The same researchers have found that you don't need to be 100% accurate in your predictions for this to work. Rather, if you're 70 to 80% accurate with your predictions, it's worth switching between stocks and bonds to time the market.

But while 70 to 80% is definitely a lower hurdle to jump over than 100%, it's still a very, very high bar. In fact, I know of no investor who has that kind of track record predicting the outcome of the stock market year in, year out.

However, that's not to say it can't be done. Investors can vastly improve their chances of correctly making predictions if they wait for the perfect opportunity. To take a baseball analogy, you can vastly improve your batting average if instead of swinging at every ball thrown at you, you wait until the perfect ball comes your way.

Let me give you a real example using my experience. If you had asked me anytime since 2010 whether stocks would go up or down for the next year or two, I would have said, "I don't know". However, in 2009 my answer would have been "Yes, I believe stocks will go up".

The reason is simple - in 2009, stocks were dirt cheap. Stocks had just fallen by almost 40% in the previous year. Companies like GE had at one point traded at 5 P/E, meaning that if GE earned the same amount in the long run as it did in the year prior, investors could expect roughly 20% per year in returns from investing in that blue chip company.

I felt so convicted about the stock market that I did something I had never done before. I went to a bank, and asked for a loan to buy stocks with it. It remains the single best investment decision I made to this date.

But enough about me, let's talk about what this means for the regular portfolios. If I boil down everything I've written in this article, here's what it comes to.

During most years, when we don't have a firm conviction of whether stocks would go up or down, it makes sense to hold a sizable bond component. If history is any guide, through rebalancing, we'll be able to generate similar returns as holding only stocks in our portfolios.

However, on the rare occasion when we have a firm conviction that stock prices will go up, it makes sense for us to be more aggressive. During these times, bond will take up smaller portions of regular portfolios. If we're right 3 times out of 4, the regular portfolios will generate higher returns.

In other words, if we hold bonds and use them wisely, bonds will help us enhance our returns, not hold us back. This is why, even for people who feel that they can take on more risk, I believe that holding a good amount of bonds in the form of XSB.TO makes sense.