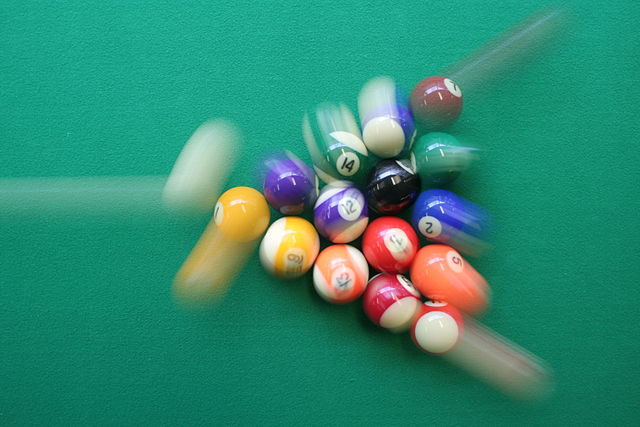 Over the last few years, we've seen a big increase in the number of ETFs in the market. Some of these new ETFs focus on specific sectors of the economy or countries, while others give us the opportunity to invest according to specific investment strategies. (If you want to learn more about ETFs, please read our free book).

One of the new ETFs that employs a specific strategy is the First Asset Morningstar Canada Momentum Index ETF (Ticker: WXM.TO). As the name suggests, this ETF selects stocks that have momentum. WXM.TO has performed very well since its inception, and has gained popularity as a result.

But what exactly is momentum, and can we expect the strategy to pay off in the future? We will deal with these questions in this article.

The term 'momentum' in the investing world simply refers to recent price trends. For example, a stock has upward momentum if the stock price has risen each month for the past few months.

You might think that such a simple strategy can't possibly work, particularly if you believe in efficient markets. But surprisingly, it can and has.

According to a 2005 paper by Korajczyk and Sadka, employing momentum based strategies in the U.S. market would have outperformed the overall stock market significantly. First Asset, which manages WXM.TO, claims that employing its strategy from the year 2000 would have theoretically generated over 4 times the returns of the overall Canadian stock market. Indeed, since it was first introduced in February 2012, WXM.TO outperformed the TSX Composite by over 30%.

No wonder it's getting popular.

However, despite the undoubted success of the ETF and the momentum strategy in general, I remain leery of following such a strategy. Here's why.

Theoretically, there is no rational reason for why stocks that have gone up in the recent past should continue to go up in the future. The company is not any more profitable just because its stock price rose, nor has it gotten any richer because its price went up (Arguably, it became slightly poorer because of stock options, but that's another topic). Instead, the reason the strategy has worked comes down to just one thing: psychology.

When investors see a stock price going up, several psychological biases kick in to persuade investors to buy. Human beings have a bias called 'recency', which makes them extrapolate from past trends to make predictions about the future. A rising stock also signals its popularity, which triggers the 'herding' bias, nudging others to buy as well. Lastly, if an investor buys a stock and it goes up, 'confirmation' bias tells them they should hold on to the stock, or even to buy more.

Now, I'm a practical guy. Even though the momentum strategy violates value investing principles, I would seriously consider adding WXM.TO (or some other momentum ETF) to MoneyGeek's portfolios if I believed the strategy would continue to work. However, the problem is that I'm not sure it would.

In physics, you can conduct an experiment to to determine how an object normally behaves, and one can extrapolate from that behaviour how the object will perform in the future. If an apple drops to the ground every time I throw it, I can count on it to drop the next time I throw it. However, humans don't work that way.

In the same way, once people learn about some investment strategy based on psychological behaviour, those strategies tend to stop working because people's behaviours change. In fact, we can observe this behaviour change with regards to momentum strategies in the U.S. stock market.

Now, in the earlier parts of this article, I mentioned an academic paper by Korajczyk and Sadka on how employing momentum strategies would have generated big returns. Can you remember the year of this study? It was 2005, the same year that momentum strategies stopped working. Is this a coincidence? I'll let you decide.

While momentum strategies have stopped working in the U.S., the strategy has still generated huge returns in Canada. I suspect this is because the strategy hasn't become very popular here yet. When it does, I expect the strategy to stop working. But the question is, when?

On this front, I don't have any special insight to share with you. Human behaviour is frustratingly hard to predict. The strategy may work for another few years, or it might stop working tomorrow. I don't know.

But in the meantime, I have further reasons to want to stay away from WXM.TO and other ETFs that employ the strategy. Let me list a few.

According to the summary on momentum strategies I mentioned, momentum stocks are associated with "left-tail" risks. In plain language, left-tail risks refer to the chance that a stock can drop dramatically. As an example of such a stock, think about a young drug company. If the FDA doesn't approve a drug, the company's stock can drop drastically overnight.

Furthermore, investing in momentum stocks can lead the investor to participate in bubbles. For example, employing the momentum strategy in the late 90s would have filled your portfolio with profitless internet stocks.

Employing a momentum strategy is also expensive. Because momentums change frequently, ETFs like WXM.TO will buy and sell its underlying shares much more frequently than other ETFs do. Trading commissions form part of that cost, but not the whole cost. I expect the majority of costs would come in the form of unfavourable price movements. Let me explain.

This problem will only get worse as WXM.TO gets larger, since it will hold more of each stock. Since WXM.TO will likely only get larger if it finds success, I expect that the greater WXM's present success, the worse its future performance will be.

In summary, I believe buying momentum strategy ETFs like WXM.TO will mean paying a lot to own highly risky stocks, and its strategy will become less effective the more success it finds.

This is why I much prefer value investing. Since value investing relies on company fundamentals, I don't have to anticipate human behaviour at all. As long as I'm correct in evaluating a company's future, I will generate healthy returns regardless of the stock price. The same goes for ETFs that employ sound value investing strategies - as long as the strategy makes rational sense, I believe such strategies will pay off in the long run.

Personally, WXM.TO reminds me of another ETF by First Asset called XTF Morningstar Canada Value Index ETF (FXM.TO). Don't let the name fool you - I don't think it employs sound "value investing" principles. Like WXM.TO, FXM.TO hugely outperformed the Canadian stock market in its first year or so. But in the last year? Not so much.

Will WXM.TO meet the same fate as FXM.TO? I don't know. But I for one will observe from the sidelines instead of from the trenches.