Is XEG The Best Way To Play The Oil Price Recovery? 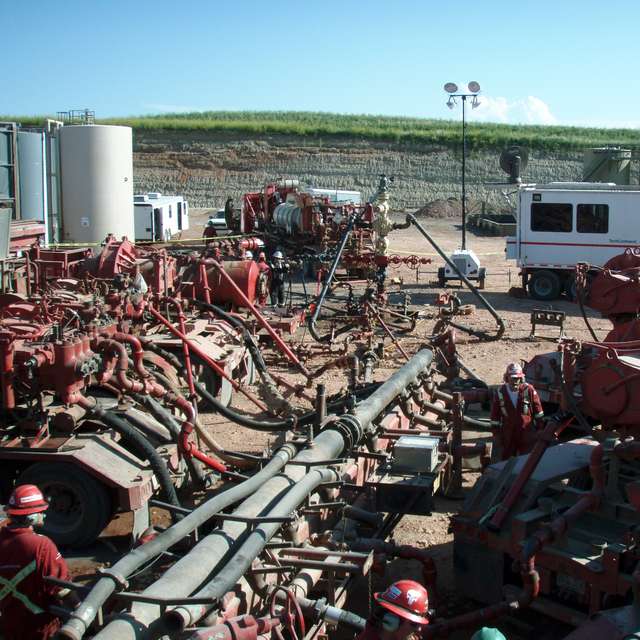 Over the last few months, several people have asked me whether it’s a good time to buy 'XEG'. XEG is the trading symbol for the iShares S&P/TSX Capped Energy Index ETF, an Exchange Traded Fund (ETF) that holds stocks of the largest Canadian oil and gas companies. (For an explanation of ETFs, please read our free book).

I understand why people are interested in XEG. They believe, as I do, that oil prices will eventually recover. When prices do recover, many if not most of the beaten down oil companies will regain their former share prices. If an oil company halved in value through this crisis, a full recovery of its share price would mean a doubling of its current share price.

Since XEG holds oil and gas companies, many people think its value will go up a lot when oil prices recover. But is XEG the best way to "play" the oil price recovery? Well, yes and no. In this article, I'll explain my answer.

Since XEG is so heavily weighted towards its top 5 holdings, let's take a brief look at each of the top holdings, starting with Suncor.

Suncor's main asset is its oil sands operation in North Eastern Alberta. The company made the news a few months ago when it became known that Warren Buffett had invested a chunk of his money in the company. While oil sands companies usually need high oil prices to remain profitable, Suncor is an exception as the company also operates refineries and conducts retail operations. Refineries convert crude oil into usable forms like gasoline, and retail operations sell finished products such as gasoline to consumers like you and me.

Perhaps because of Buffett's backing and perhaps because investors know that Suncor can easily survive this downturn, Suncor's shares have gone down by less than 15% since September 2014 when oil started to crash. When you consider the fact that oil prices have roughly halved since September, a 15% decline in prices isn't a lot.

While some people think that Suncor's share price should have gone down by more, I disagree. As I've explained in this article, the value of a company depends on how much the company earns over a very long period of time. Suncor will produce oil for decades to come, and the fact that it will earn less profit for the next year or two has little bearing on its true value. So in this case, I think the market is acting more or less rationally.

However, this also means that Suncor probably isn't trading at a bargain compared to some of the other oil and gas companies. A bargain is created when investors panic and sell stocks regardless of their true value. That clearly hasn't happened with Suncor.

Unfortunately, other top holdings of XEG have reacted in a similar manner to Suncor.

For example, the share price of Canadian Natural Resources has gone down by roughly 20% since September. Although the company doesn't have refining or retail operations as Suncor does, it has a substantial amount of hedges that protect the company. Hedges are contracts that allow a company to sell future oil production at a fixed price, and they established the fixed price last year when prices were high.

Cenovus is somewhat similar to Suncor in the sense that it is also an oil sands producer and a refiner. But unlike Suncor, Cenovus also produces a large amount of oil from shale wells. Cenovus also made the interesting decision to issue more shares when their share price had fallen by 30%. Existing investors weren't happy with the company's decision and sold their stock. As a result, its stock price has gone down by nearly 40% since September.

Lastly, Crescent Point and Encana are purely focused on shale oil. Since they both have low debt levels and because they hedged their production, they've gone down by only 30% to 35% as well. While that may seem like a lot, when compared to how far the price of oil has fallen, it’s actually not a lot.

Still, though I say returns will likely be good, there is a possibility that in this environment returns might be extraordinary. To show you why, let's take the performance of the 5 smallest components of XEG, which together make up less than 1% of its holdings.

The above returns are indicative of panic selling, so if there's a bargain to be found, you'll probably find it among stocks like these. In fact, MoneyGeek's premium portfolios include Bellatrix. Other value investors like the stock too. The day after I updated the premium portfolios to include it, a famous hedge fund called Baupost, led by Seth Klarman, disclosed a big stake in the stock.

Finding a real bargain involves a lot of careful analysis. You need to figure out at what oil price a company can make money, being mindful of the fact that some companies may try to mislead you. You also need to figure out how much debt the companies have, and whether they might breach their debt covenants, which are conditions that the lenders attached to their loans. Unfortunately, this takes a lot of knowledge and experience to discern.

Another drawback of investing in small oil and gas companies is that it requires a lot of emotional discipline. Small stocks can go up and down by a lot each day, and there's often no discernible reason why. If a stock goes down day after day, you start to second guess yourself and may end up selling at the wrong time.

In summary, for those who know their stuff and have a high tolerance for risk, certain small oil and gas stocks present a very good opportunity to generate very high returns. But for the majority of people who don’t belong in this category, an oil and gas ETF with large allocations to big companies like Suncor would probably suit them better. Among different ETFs, XEG certainly fits this bill.