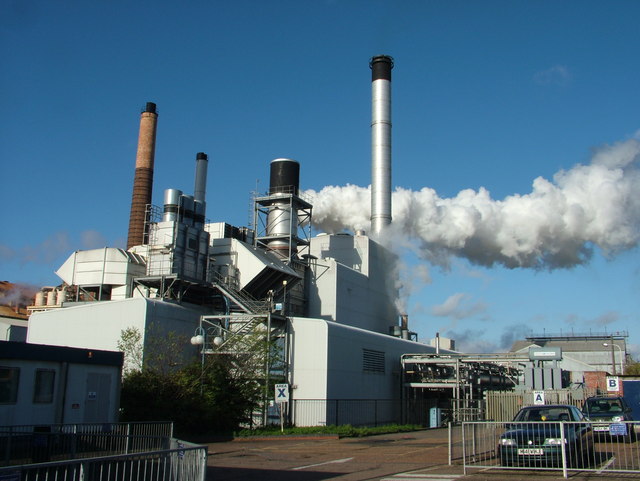 ETFs are great. As I’ve explained in my free book, I think they’re a much better way of investing your money than by investing in higher cost mutual funds. This has been particularly true for ETFs that invest in stocks.

However, no financial product is perfect, and if there’s one criticism of the traditional type of stock ETF, it is in its failure to distinguish between cheap and expensive stocks, even though buying cheap stocks has been proven to boost returns.

The traditional stock ETF weights each stock according to the market cap (i.e. the size) of their company. For example, let’s imagine that a stock market only consisted of two stocks, ABC and XYZ. If ABC’s market cap is $1 million and if XYZ’s market cap is $2 million, then a traditional ETF would invest twice as much of its money into XYZ than it does into ABC. In other words, one third of the money would go to ABC, and two thirds to XYZ.

Because of this weighting scheme, the traditional stock ETF tends to invest more heavily in overvalued stocks. For example, let’s say that, fundamentally, there is no difference between ABC and XYZ - i.e. ABC and XYZ earn the same amount of money, own the same amount of assets, etc. If that’s the case, ABC is definitely undervalued relative to XYZ, yet the traditional stock ETF would allocate twice as much money into XYZ, the overvalued stock.

The RAFI index attempts to identify cheap stocks by looking at four factors - sales, cash flow, dividends, and book value. I believe most people are familiar with sales and dividends, so let me quickly explain the other two factors.

Cash flow refers to the amount of cash that a company has accumulated in the past year. One can think of cash flow as a better gauge of a company's profitability than 'net income', which is also referred to as 'earnings'. The problem with stated net income/earnings is that they’re often the result of some quirky accounting conventions (see this article for some examples). Cash flow addresses some of those quirks.

Book value, on the other hand, refers to the recorded amount of a company’s assets that belongs to the shareholders. For example, if a company recorded $5 million worth of assets on its books, and if it owes $2 million in debt, then the book value is $3 million.

The RAFI methodology determines whether a stock is cheap by comparing the stock’s price against each factor.

Unfortunately, while the RAFI methodology follows some of the more popular methods for finding cheap stocks, I’m personally not a fan of it. That’s because I see some serious flaws in using each of these factors to identify cheap stocks. Let me go through each factor.

Choosing stocks based on sales as opposed to earnings has its advantages. Unlike earnings, sales figures are less easily manipulated using accounting tricks, and they are also less sensitive to business cycles - i.e. earnings may swing from positive to negative values during recessions, while sales may change only slightly.

However, this doesn’t change the fact that the value of a company is based on its true (i.e. unmanipulated) earnings, rather than its sales. This raises some major problems, as the following example shows.

If both Company A and Company B’s shares trade at $5 each, the price to sales ratio of Company A would be 1 (5 divided by 5), whereas the ratio for Company B would be 0.5 (5 divided by 10). In this case, the RAFI index would favour Company B because its price looks cheaper in comparison to its sales.

However, that’s only the case if we assume that the shares trade at the same price. In the real world, the problem would be even worse.

Furthermore, although sales are less easily manipulated than earnings, they are still vulnerable to manipulation. An auction company is a good example of this.

Regardless of the choice of sales recognition, the earnings will be the same. The sales number, however, would be vastly different, and that would lead the RAFI index to favor companies that employ the second sales recognition method over the first.

The use of book value may make sense because it’s an indication of a company’s liquidation value. Liquidation value is the amount that stock owners would receive in the event that a company chose to sell all its assets and distributed the proceeds to the owners. Obviously, holding everything else equal, we would prefer to own stocks that trade cheaply relative to their liquidation values.

Unfortunately, book value is often a poor indication of a company’s liquidation value. For example, one common item you see on a company’s list of assets is an item called “good will”.

Good will is purely an accounting concept that denotes the amount of money paid to acquire another company over and above the book value of that acquired company. For example, if Company C acquired Company D for $5 million, and if Company D had $2 million in book value, Company C would record the difference of $3 million as ‘good will’. In the event of a liquidation, good will would be worth nothing. There are many other ways in which accounting quirks can mislead an investor about the company’s liquidation value.

Furthermore, as with sales, book value doesn’t give any indication of a company’s profitability. If one company has lower book value per share but makes money, that company should be favored over another company with a slightly higher book value that loses money. However, the RAFI methodology would favor the money losing company when it examines its book value.

On the other hand, the RAFI index does favor companies with high cash flow to share price. While this factor does take a company’s profitability into account, I personally have issues with the specific definition of cash flow used.

According to the methodology overview, the RAFI index defines cash flow as a company’s operating income plus depreciation and amortization. Depreciation is an expense that accounts for the aging of a building or a piece of equipment.

For example, if a company buys $1 million worth of furniture, it may not choose to expense it right away, but rather let it depreciate over time. If it depreciates over 5 years, it would incur a depreciation expense of $200,000 a year. In other words, the company treats it as if it’s paying $200,000 a year to buy the furniture, while in fact, it made a lump sum payment of $1 million. Amortization works the same way, but with intangible assets (such as patents) instead.

Adding back depreciation and amortization to income makes sense because they’re not cash items. A company doesn’t pay any cash to depreciate $200,000 worth of furniture bought last year. However, the problem with this approach is that it doesn’t take into account the $1 million paid to purchase the furniture either.

This definition of cash flow therefore ends up unfairly favoring companies that spend a lot on buildings and equipment. Let me give you an example.

Let’s say that Company E generates $10 million in earnings, and doesn’t spend any money on buildings or equipment. Cash flow for Company E, according to the RAFI methodology, would be $10 million.

On the other hand, let’s say that Company F generates $10 million in earnings, but spends another $10 million every 5 years on equipment. Company F records a depreciation of $2 million every year, which means cash flow for F would be $12 million. Even though both companies earn the same amount, the RAFI methodology would favor Company F because its cash flow is higher.

There are other more sensible definitions of cash flow that the RAFI index could have chosen. For example, Free Cash Flow takes the amount spent on buildings and equipment under consideration. But for whatever reason, the RAFI index has chosen not to use it.

Finally, the RAFI index uses dividend yield as a measure of a stock’s cheapness. I’ve already written at length against the notion of valuing stocks by their dividends, so I won’t go over it again here.

The flaws of the RAFI methodology I’ve listed here are not exhaustive - I refrained from talking about the other flaws I see to prevent this article from getting too long. Considering all of these flaws, it’s no surprise then that the RAFI index hasn’t performed much differently than the overall stock market since its inception 10 years ago. Personally, I expect the mediocre performance to continue.

Luckily, I believe that there are algorithms that do a much better job of identifying truly cheap stocks. I’ve included ETFs that use such algorithms as part of MoneyGeek’s regular portfolios, and I will continue to look out for new and better algorithms going forward.