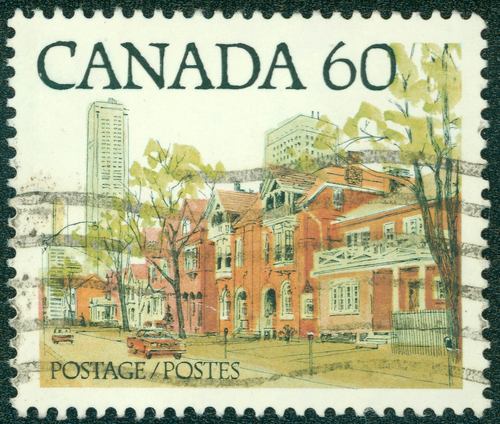 In this series, I (Jin Choi) talk about my goal of reaching $1 million in my TFSA account by 2033. In addition, I’ll give my thoughts on whether we could see a real estate crash here in Canada.

My portfolio took a big fall in September because the majority of my portfolio now consists of oil and gas stocks, and those stocks have done very poorly. Falling oil prices were partly to blame, as oil fell from $49/bbl to $45/bbl during the month. However, the stock prices of my oil and gas companies fell much farther than warranted by oil prices alone.

From the time I decided to go all in on oil and gas stocks two months ago, oil prices have actually gone up, but oil stock prices have continued falling - by a lot. This makes no rational sense, but as I keep reiterating on this site, the stock market is often irrational and this is just an extreme example of that irrationality. This period of irrationality may be coming to an end however, as I’ve regained virtually all of my losses incurred in September as of the time of this writing (Oct 9th).

Eventually, the prices of my stocks will return to their fair values. In 2009, as oil prices crashed, many oil stocks lost well over half of their values. But in the ensuing two years, many of those stocks more than tripled in price from their lows as oil prices recovered. I personally expect something similar to happen in the next couple of years.

I have devoted quite a few articles in these past months on oil, so I thought I would take a break from talking about oil, and focus on another topic close to many Canadians’ hearts - namely, real estate.

As you may know, many knowledgeable people today believe that Canadian housing prices are too high. In fact, some would even go as far as to call it a bubble. A bubble is a phenomenon where people drive up the price of certain investments to unreasonably high levels with the expectation that those investments will continue to go higher.

If Canadian real estate is in a bubble, we could be in for some big trouble. Most bubbles end in a crash, and given the importance of real estate related industries (construction, mortgages, real estate agents, etc) in most countries, such crashes tended to cause severe recessions in those countries.

On the other hand, there are those who believe that Canadian real estate prices, while overvalued, are not in a bubble. If they’re right, we’ll probably see real estate prices either drop more gradually, or increase very slowly.

So which which camp is right? Unfortunately, my honest answer is that I don’t know. I don’t consider myself an expert in real estate. However, I thought it would be useful if I explained why the U.S. real estate prices crashed a few years ago. Further, I’ll state some of the similarities and differences I see with the Canadian market today. Then, I’ll let you decide whether the similarities are big enough to cause alarm.

Drivers Behind the U.S. Housing Bubble

The seeds of the late U.S. housing bubble were first sown in the late 90s, about 10 years before house prices began to crash. The 90s were one of the most prosperous decades in modern times, and they owed much of their success to globalization. Developing economies such as India and China started to trade more with the U.S., which allowed U.S. consumers to buy cheap products from abroad.

However, increased globalization had some side effects, and one of those side effects was low long term interest rates.

In order to grow their economies, developing countries such as China intentionally reduced the exchange rate of their currencies so that their products could be sold more cheaply. Such countries achieved the lower exchange rates by using their own currency to continually buy more U.S. dollars than they needed.

This trend of lower interest rates and higher housing prices continued for many years. In the beginning, U.S. banks mostly extended mortgages to people with good credit (a.k.a. “prime” borrowers). However, as housing prices showed no signs of slowing down, U.S. banks became more aggressive. They began to believe that housing prices couldn’t fall, so they didn’t think they could lose by lending even to borrowers with bad credit (a.k.a. “subprime” borrowers). If a borrower defaulted on a mortgage, they’d still be able to recoup the amount owed by seizing and selling the borrower’s house.

By the mid 2000s, U.S. banks had begun to issue an ever more significant amount of the infamous “subprime” loans. These loans typically carried higher interest rates than prime loans, typically as much as 3% higher. In other words, if prime loans cost 5% per year, an equivalent subprime loan would cost 8% per year.

Subprime borrowers took out mortgages for two reasons. Some borrowed money in order to speculate on the housing market. Even though subprime loans cost a lot, they believed that housing prices would go up so quickly that they would still profit. Some borrowers, however, were victims of “predatory lending”, which refers to the practice where the banks aggressively push borrowers to take out loans they don’t want.

U.S. housing prices may initially have started to fall because of “payment shocks” brought on by suddenly higher interest rates (though some dispute this theory). Subprime loans most commonly came in the form of 2/28 Adjustable Rate Mortgages (ARMs). The 2/28 ARMs have a teaser rate that lasts for 2 years and a fully indexed rate that lasts for 28 years.

For the 2/28 ARMs issued in 2004, the average teaser rate was 7.3%, while the fully indexed rate was 11.5%. In other words, an average borrower who had taken out a 2/28 ARM in 2004 paid 7.3% for the first two years, but paid 11.5% per year thereafter. This meant that such borrowers suddenly had to pay hundreds or even thousands of dollars more per month on their mortgages starting in 2006.

Many subprime borrowers, perhaps because of not having enough money to afford such higher payments, began to either sell their houses or default on their mortgages. The number of houses put up for sale, both from the original owners and the banks who foreclosed on them, began to outnumber the number of buyers, and housing prices began to fall.

As prices fell, many people found themselves underwater on their mortgages (i.e. the value of their mortgage exceeded the value of their homes). This was partly because many of the borrowers put only a small down payment on their loans to begin with. Those who were underwater and who wanted to sell their homes had a choice - they could either sell the house but still pay off the remainder of the debt, or they could default on the mortgage and not owe anything more. Unsurprisingly, many people chose the latter option, which added to the number of homes for sale and pushed housing prices down even more.

Falling housing prices also had significant repercussions on the economy. Real estate construction alone accounted for 9% of the U.S. economy in 2006, so the large downturn in the housing market led many people to become unemployed, which further led to more people defaulting on their mortgages as they could no longer make payments. Falling housing prices caused the financial crisis too, which led to the banking industry laying off thousands of people, and that led to more mortgage defaults and even lower housing prices.

State of the Canadian Market Today

Now that we’re familiar with the U.S. housing crash, let’s examine the similarities and the differences between the U.S. real estate market before its crash, and the Canadian housing market today.

As with the U.S. housing boom in the 2000s, the Canadian housing boom was certainly fueled in part by extremely low interest rates. Mortgage rates in Canada have been trending down for many years, going from over 5% to under 2.5% in the past 10 years. Canadians responded by purchasing more homes, evidenced by the increase in homeownership over the past decade.

Moreover, we’re seeing the rise of our own version of subprime loans here in Canada. Those who can’t qualify for low interest mortgages from a Canadian bank can go to financial entities called Mortgage Investment Corporations (a.k.a. ‘MICs’).

MICs are essentially pools of money contributed by investors to lend money to subprime borrowers. They charge high interest rates on their mortgages, typically in the range of 9% to 12%. MICs typically pass on to their investors the vast majority of the interest earned, and the rest goes towards those who manage the MICs. As Canadian housing prices have been going up, default rates have remained low, which has allowed the investors in these MICs to earn significant returns in recent years. It’s no surprise, then, that MICs are becoming more and more popular.

While the similarities are disconcerting, there are some important differences between the U.S. housing market years ago and the Canadian housing market today.

One important difference is the role of the banks. Subprime mortgages were a big problem in the U.S., in large part because even the major U.S. banks participated in offering and encouraging these loans. In fact, the now bankrupt Lehman Brothers were one of the biggest players in the subprime mortgage market.

Canadian banks, on the other hand, have largely stayed out of the subprime segment. Although some MICs such as Timbercreek Mortgage Investment Corp (Ticker: TMC.TO) are not small, they are not nearly as big as the Canadian banks. This likely means that there are proportionally fewer subprime borrowers in Canada compared to the U.S., which likely means they pose less of a threat to the overall housing market.

Another important difference has to do with the influence of foreign money. Unlike in the U.S., the Canadian housing market has soared in large part because of foreign purchasers, particularly from China. Moreover, such purchases have mainly occurred in cities with large Chinese populations, particularly in Vancouver and perhaps Toronto. As a result, housing prices are much more overvalued in those cities than say, London, Ontario where I live. One could argue that if a Canadian housing bubble exists, it only exists in a few select places such as Vancouver.

Finally, there are differences between the ways that Canadian and U.S. mortgages are structured. The 2 year teaser rate/28 year fully indexed rate mortgage structure doesn’t exist in Canada. Therefore, the chances of a payment shock occurring in Canada is lower. Also, unlike Americans, Canadians legally can’t just choose to default on their mortgages when the house price dips below the mortgage value. This makes it less likely that Canadians will be opportunistic with their defaults.

If you put a gun to my head and told me I would have to take a guess, I would probably guess that Canadian housing prices will eventually fall. But I would also guess that severe crashes, if they occur at all, will only occur in select places such as Vancouver. However, I readily admit that the chances of me being wrong in this instance is pretty high, unlike with my view on oil.