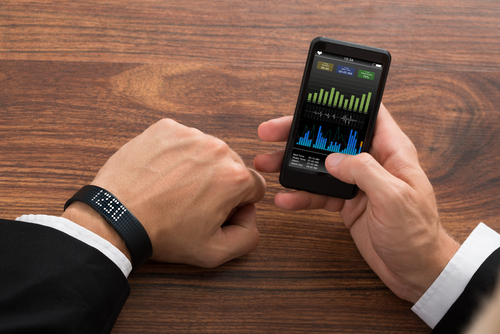 If you've been following this blog for a while, you would know that I think oil prices will rise much faster and to higher levels than many Wall Street analysts believe. My difference in opinion primarily stems from one belief: While other analysts believe the world is overproducing oil by as much as 1 million barrels/day today, I believe the supply and demand of oil is largely balanced.

Tracking the supply and demand balance using inventory changes require some basic but tedious calculations. Therefore, I've decided to create a page within MoneyGeek that performs the calculations automatically. You can see the new page using the link below.

The page contains some graphs and some accompanying explanations. I won't repeat the explanations here, but let me add some further commentary.

As you can see from the top graph, the implied balance of oil's supply and demand fluctuates pretty wildly from month to month. For example, while inventories went up far more than usual from Jan to Apr of 2015, they suddenly dropped in May, possibly signalling that the world stopped overproducing oil. However, it turned out that May was a one off, and inventories have implied overproduction ever since.

These fluctuations mean we shouldn't jump to any conclusions about oil supply and demand by looking just one month's worth of data. Even the three month average of inventory changes (indicated by the green line) still fluctuates enough that we can't draw strong conclusions from them.

There are two major reasons why the data is so "bumpy".

First, inventory levels depend on timing to some extent. Ships carrying oil tend to arrive in the U.S. in clusters, especially if they are hampered by weather. For example, ships may wait to get into the Gulf of Mexico if there is a storm there. Also, the U.S. only counts imported oil as part of its inventory once they pass customs, the timing of which can vary.

Second, inventory changes shown in the oil page only shows data for U.S. inventories. In some periods, relatively more oil will flow to the U.S. than to the rest of the world, and vice versa. If U.S. inventories go up while inventory levels in the rest of the world fall, the data indicated on MoneyGeek's oil page will exaggerate the extent of overproduction. Of course, the opposite would be true in periods where comparatively less oil flows to the U.S..

In fact, there's reason to believe that comparatively more oil have been flowing to the U.S. in these last few months. The latest OPEC report shows that inventory levels in October have fallen in the E.U., Japan and China, while it edged up in the U.S.. In fact, inventory levels are now within the 5 year historical range for every major region covered by OPEC apart from the U.S., where inventory levels are far above the 5 year range. Ideally, I would incorporate data from the rest of the world in MoneyGeek's oil page, but sadly, there's no way I can get such data for free very conveniently.

Lastly, let me comment on the changes in inventory levels that I've seen so far this month. As the oil page explains, inventory levels normally fall in December as refiners hold off from buying more oil in order to report less inventories on their books. Reporting less inventories allow them to pay less taxes. As an aside, this hold off in buying also results in having a cluster of ships waiting to unload in ports, and the presence of these ships is not an indication of a lack of storage.

In some years, however, refiners choose not to hold off on their oil purchases. During such years, inventory levels will not fall by as much as in normal years, and the data can give the appearance of a large overproduction in December. According to Commerzbank, this year is likely to be one of those years. However, if they're right, inventory levels won't spike up in January either, so the oil page will show a large implied shortage in January to balance out the implied overproduction in December. All that is to say that you shouldn't take the upcoming December's implied overproduction amount to heart, but rather wait for the January data that will become available in early February.

That's all for my commentary on MoneyGeek's new oil page. I hope you all had a merry Christmas, and I'll see you in the new year.