Cleantech ETFs: Can You Save The Environment And Make Money Too? (PZD) 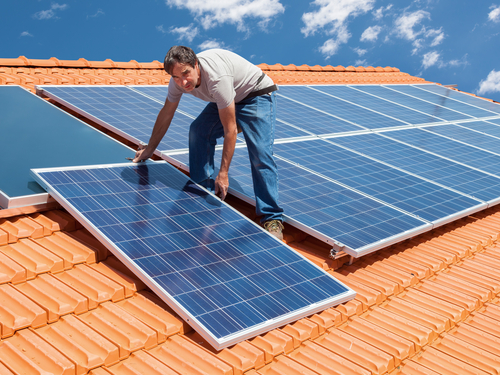 I periodically get the following question, especially from millennials: “Have you considered adding a renewable energy ETF to MoneyGeek’s portfolios?”

I understand where they are coming from. After all, I’m a millennial myself. Climate change is one of the most pressing issues of our generation, so it’s only natural that we should do our part.

However, while I sympathize with their intentions, I have decided not to include any renewable or clean technology ETFs in any of MoneyGeek’s portfolios. In this article, I will explain my reasoning, using the example of clean technology/renewable energy ETFs such as the PowerShares Cleantech Portfolio (Ticker: PZD). (If you don’t know what an ETF is, please read my free book).

Let me first talk about what clean technology means. As you’ll see, that definition matters in our decision whether or not to invest in a particular ETF.

Let’s take the example of PZD to show you what I mean. If you go to the ETF’s official website, it states that PZD invests “at least 90% of its total assets in stocks of clean technology companies that comprise the (Cleantech) Index”. I presume the rest of its assets (i.e. the less than 10%) consists of cash and stocks that used to belong in the Cleantech Index that the ETF hasn’t sold yet.

This sounds great, but how exactly does a stock qualify for the Cleantech Index? Unfortunately, that’s a bit of a mystery. I’ve tried for days, but I’m still not able to access the official document regarding the indexing methodology. However, we can make some guesses by looking at the individual constituents of the ETF.

As of the time of this writing, the most heavily weighted stock in the ETF is a company called SGS. SGS provides inspection, testing, certification and verification services to its clients, so that the clients can operate safely and cleanly from an environmental perspective.

While SGS undoubtedly provides services that the world needs, there’s one thing that an environmentally conscious investor should keep in mind: some of the major clients of SGS include oil, gas, and even coal companies.

Now, SGS doesn’t help with the extraction of oil, gas and coal directly - rather, they provide inspection and verification services. So on the one hand, you could say that what SGS does is good for the environment - through inspection, they may prevent low quality chemicals from getting used, which could release harmful chemicals into our environment.

But on the other hand, you could argue that they help oil, gas and coal companies extract more resources by lowering their costs associated with inspection and verification. This point particularly hits home when you read on SGS’s official site that that their services help with coal exploration. Therefore, whether SGS belongs to a “Cleantech” index is up for debate.

SGS is not the only stock that belongs to the “clean technology” gray area. Xylem, which is the second most heavily weighted stock inside PZD, also deserves scrutiny.

Xylem builds and provides services related to water infrastructure. While you can again argue that they make the world cleaner in some sense, like SGS, they also retain oil and gas companies as clients. Specifically, Xylem provides pumps, mixers and lots of other equipment directly related to the extraction of oil and gas. In fact, many of their products are even used in oil sands extraction, which some consider to be the dirtiest method of extracting oil in the world.

This problem of defining what clean technology is extends beyond PZD to other ETFs as well. For example, those looking to combat climate change may feel tempted to invest in a renewable energy ETF like the Guggenheim Solar ETF (Ticker: TAN). However, an ETF like that introduces a whole new set of problems.

Some of the largest solar companies in the world are based in China, so they unsurprisingly make up a significant portion of TAN’s holdings. Unfortunately, Chinese solar companies have spotty environmental records, to put it mildly.

The majority of today’s solar panels are made up of polysilicon, the production of which yields a lot of silicon tetrachloride as a byproduct. Silicon tetrachloride is toxic but expensive to properly recycle, so Chinese solar companies have been dumping them illegally in order to keep their costs low. Tragically, the remarkable fall of solar panel costs in recent years is owing a lot to this cheap “method” of producing polysilicon in China.

In light of this information, one has to question whether TAN (i.e. the Guggenheim Solar ETF) qualifies as an attractive candidate for the environmentally conscious investor. I think that for the majority of such investors, the answer will be no.

Still, such investors may yet see a way around the problem. What if they were to invest in individual renewable stocks that were based only in the developed world? While that’s possible, I would have to question whether that’s a good idea from an investment perspective.

Of the stocks that trade in North America, many of them are related to biofuels, which I doubt  most environmentally conscious investors have much interest in. As with fossil fuels, biofuels consumption releases carbon dioxide into the atmosphere. Furthermore, many of the problematic Chinese solar companies trade in North America as well, so you’ll have to exclude those too.

Of the maybe 30 stocks that are left, about a dozen of them are penny stocks. Most of these stocks became penny stocks through business failure, and are therefore not worth investing in. For example, GT Advanced Technologies used to be a $15 stock at one point. Today, it trades at around 2 cents.

In the end, you’d be left with perhaps a few more than a dozen stocks to choose from. It’s extremely hard to create a diversified investment portfolio from such a small pool of stocks, and without adequate diversification, the portfolio would be too risky for most investors. This is compounded by the fact that the renewable energy industry itself carries an inherent risk.

While some claim that renewables are now as cheap as fossil fuels, in reality, only a tiny fraction of renewable energy fits that description. For example, solar energy is cheaper than coal generated energy at noon on a sunny day in Nevada, but is more expensive in other places and at other times.

Because renewable energy generally costs much more than traditional sources of energy, it needs government subsidies in order to make it appealing to its customers. Unfortunately, government policies have a habit of changing, and when they change for the worse, they can have devastating effects on the solar industry. For example, solar stocks fell by over 40% during the year after Germany announced solar subsidy cuts in February 2012. Britain is currently following Germany’s steps with their own subsidy cuts.

Furthermore, new technology can quickly render existing renewable companies obsolete. I seem to come across a new article every year where some brilliant young scientist creates a vastly more efficient solar cell. Most of the time, such articles are more hype than substance, but one of them could become more than just hype. It would be a shame to invest in the renewable energy equivalent of Altavista, only for Google to come along later.

As if that’s not enough, renewable energy investors have to contend with the fact that certain countries see renewable energy as a strategic imperative, and will do everything in their power to see their own companies succeed.

For example, China has helped its own solar companies by turning a blind eye to their environmental practices, enabling those companies to sell solar panels at dramatically lower prices compared to their competitors. Chinese companies have since been slapped with tariffs by Western governments to even the playing field, but that hasn’t repaired the damage wrought in years prior.

There are two ways in which buying stocks could help its company - by encouraging new stock issuances, and by increasing executive compensation. Let’s talk about each of these in turn.

Companies may choose to issue stock when they can’t fund a project themselves. For example, if a company only has the capacity to spend $50 million using cash in the bank and from new loans, and if a new project would cost $80 million, the company may raise $30 million through stock issuances.

If you choose to buy a company’s stock, you add to the demand for the stock, which leads to increases in share prices and therefore the company’s value. This makes it easier for the company to raise new money through stock issuances, and therefore to fund new projects.

Furthermore, if you push up the price of a stock unreasonably high, there’s a big chance that some of the existing owners of the stock will choose to sell their holdings. Such selling will push the price of the stock back down, partially neutralizing the effect of your stock purchase.

Unfortunately, buying stocks of renewable companies will do very little to advance the adoption of renewable energy around the world. If you want to take up that cause, I believe there are better ways.

If I spot an interesting renewable energy company, I’m open to including it in MoneyGeek’s premium portfolios. However, I will make such a decision on investment merits alone. With regards to ETFs, I don’t see myself including any of them in any of MoneyGeek’s portfolios for many years to come.