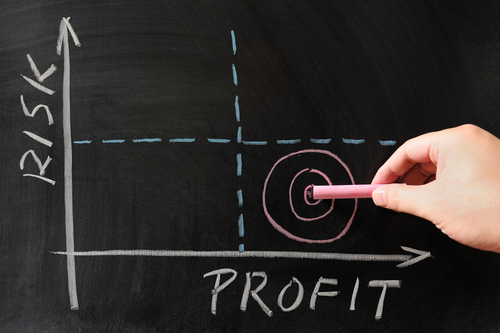 In Canada, there are currently 13 low risk/volatility ETFs. First Asset offers 7 'Low Risk' ETFs, Invesco offers 5 'Low Volatility' ETFs, and just recently, the Vanguard Group has launched the Global Minimum Volatility ETF (Ticker: VVO). If you're unfamiliar with ETFs, you can think of them as very low cost mutual funds, which you can read about in my free book.

Given the number of low risk ETFs offered, there is clearly interest in this theme. In this article, I’ll explain what low volatility ETFs are about, and give my thoughts on whether they would make good investments.

The vast majority of finance professionals equate volatility with risk. (I will talk about dissenting voices later.) In other words, these professionals define low risk stocks as those having low volatility and vice versa. This is why First Asset’s “Low Risk” ETFs choose stocks based on whether they exhibit low volatility.

The academics believe that you’re more likely to choose XYZ, because it’s the safer option. However, if you and enough other investors choose XYZ over ABC, the value of XYZ’s stock will go up, say to $10.50/share. Therefore, by the time the next investor comes along, XYZ will only offer a potential gain of $0.50/share, while ABC will still offer a potential gain of $1/share by year end. In other words, the safer stock (XYZ) will offer lower potential returns.

However, as with many other academic theories, this theory has trouble reconciling with reality. Researchers have found that low volatility stocks have, in fact, outperformed high volatility stocks in most markets. The Canadian stock market is no exception.

The graph below shows the results from my own research on this topic. I divided the list of Canadian stocks into three buckets based on their volatilities, measured from 2006 to 2009. Then, I graphed the average performance of stocks that belong to each of these buckets from August 2009 onwards. I chose 2009 as the start of my analysis because that was the beginning of the current economic cycle. The green, yellow and red lines represent low, medium and high volatility stocks, respectively. 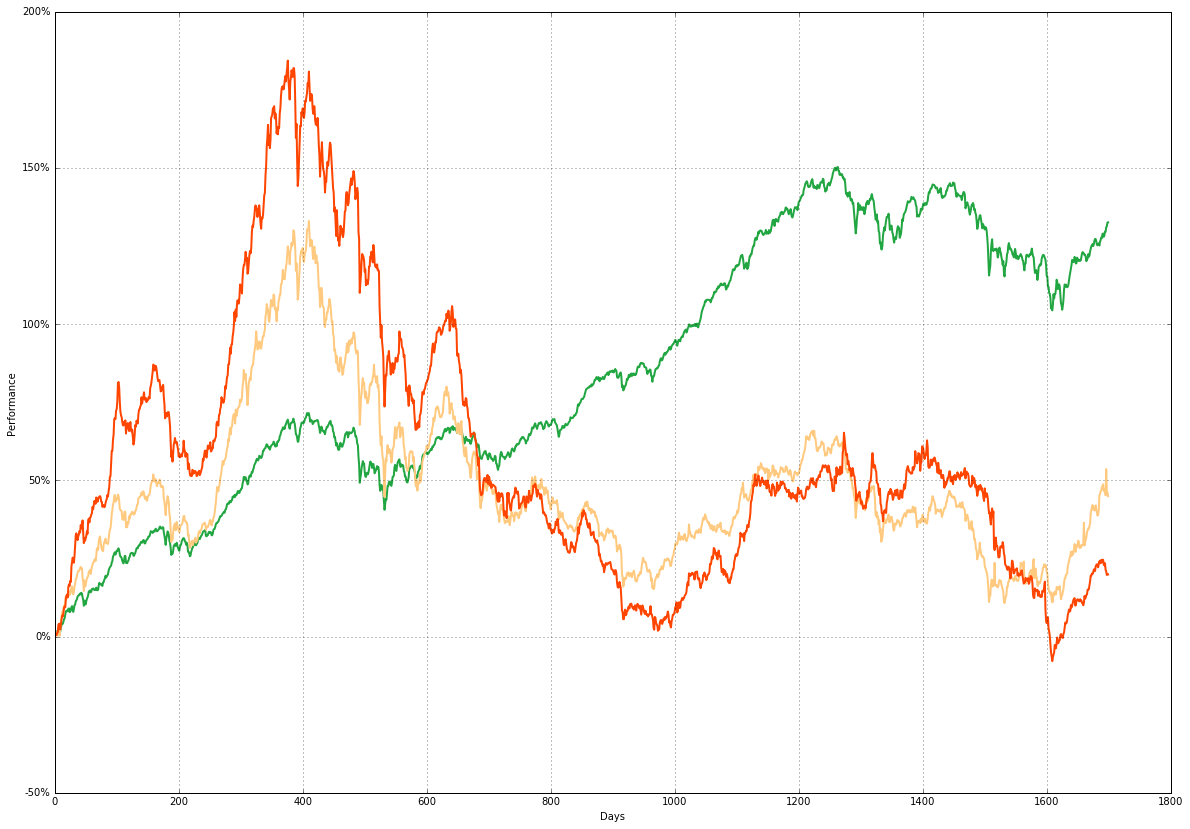 But that’s not all. Though the difference in gains between high and low volatility seems high, it almost certainly understates the real performance difference between the two types of stocks. That’s because in my laziness, I included in my analysis only those stocks that are still trading today. In other words, I didn’t include those stocks that went bankrupt and ceased trading.

A few years ago, I met a young business school graduate who wanted to become an investment banker. When I asked him which stocks he liked to invest in, he replied, “Tesla.” When I asked him why, he simply said, “Because it’s crazy volatile.”

However, if human beings were truly rational, we wouldn’t be buying lottery tickets, nor would we be frequenting casinos. For many investors, such as the aspiring investment banker I mentioned, high volatility stocks are actually more attractive because they offer the chance of vast riches.

If a stock goes up and down by 10% a day, you can theoretically buy the day before it goes up by 10%, and sell it the day after. If you did this successfully ten times, you would generate a gain of 160%. Of course, you’re just as likely to lose 10% ten times in a row, but most people don’t think that will happen to them.

Low volatility stocks, on the other hand, preclude this possibility. By choosing low volatility stocks, you’re essentially saying, “Give me 10% per year. That’ll be more than enough for me.” Although such investors exist, there are far less of them, in my experience, than those who are hunting for stocks that will double or triple next year.

One such example of a stock is Valeant. InJust July of last year, the pharmaceutical company had surpassed RBC to become the most valuable stock in Canada. Large companies tend to exhibit lower volatility, and Valeant was no exception. From July 2010 to July 2015, the stock tended to move up and down by an average of 1.5% a day.

But later in 2015, scandal broke out on the company’s price gouging strategy, as well as on its accounting practices, and the stock became a lot more volatile. From July 2015 up until now, Valeant stock moved up and down by an average of 4.3% a day.

The problem with picking stocks based on volatility is that, as Warren Buffett says, “Volatility is far from synonymous with risk.”. The risks inherent in Valeant wereas always there, even when the stock was not very volatile. However, Valeant’s stock was not very volatile then because many investors didn’t perceive the risk;, so it became volatile only once the risk was revealed.

Since volatility is usually tied to the public’s perception of risk rather than the actual risk of the business, we must be careful to analyze a company for clues abouton its actual risks. I believe that such effort is worth the trouble because once found, stocks that have low volatility and low actual risk will, in general, outperform high volatility stocks.