The Regular Membership Is Now Free 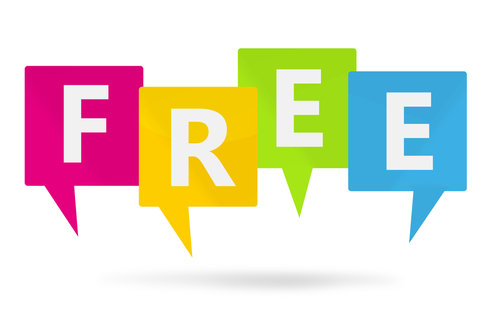 As the title of this announcement suggests, I’ve decided to make MoneyGeek’s regular membership completely free. As well, I’ve lowered the price of the premium membership from $150 + HST every 3 months to $40 + HST each month.

This is a big announcement that comes after much deliberation, so I will explain my rationale later on in this article. But first, let me detail the list of changes.

First, if you are an existing regular member, you will automatically be converted to a premium member. Your account will also be credited with the pro-rated amount remaining on your membership, plus an amount equal to a full month of premium membership.

For example, if you were halfway through your regular membership, you will receive $35 (amount remaining on your membership) + $40 (monthly premium membership price) + $9.75 (taxes on the first two items) in credit.

You will not receive the credit as a refund. Rather, the credit will be used to pay for the premium membership. When the credit runs out, your account will automatically revert back to the regular membership.

If you are a premium member, you will also receive credit equal to the amount remaining on the old subscription, plus a free month. For example, if you paid the last charge a month ago, you will receive $100 (amount remaining on your old subscription price) + $40 (monthly premium membership price) + $18.2 (taxes). However, your account won’t change to the regular membership when the credit runs out.

I felt that this change was necessary since the creation of new portfolios takes a significant amount of computational resources. I’m afraid that if many people try to create new portfolios at the same time, such an action will chew up too much of my limited resources. I may make this feature available to regular members again in the future, but not until I have the time to rework the code.

There are a few other minor changes to note. Blog articles that were previously only viewable by members are now viewable by everyone. The same goes for members only questions in the Q&A forum. Premium only articles and questions, however, will still be viewable only by premium members.

That’s it for the list of changes. Now, let me talk about the reasons for this change.

It’s been about three and a half years since I launched MoneyGeek. In the first couple of years of its existence, the site grew at a pretty quick rate. In the first year, only a couple dozen people visited the site each day. In the second year, that number grew to a hundred. By the beginning of the third year, the number of daily unique visitors had grown to roughly 300.

The number of paid members grew in tandem with the number of visitors. In the first year, I had maybe 50 paying members. By the beginning of the third year, I had over 300 paying customers.

However, the rate of growth inexplicably slowed down about a year ago, as both the number of visitors and the number of customers came to a standstill. I reflected on the reason for this growth stall and shared some of my thoughts in a previous article. Essentially, I explained that the value of a site like mine is tied to the frequency of its use. A paying member of MoneyGeek may use this site as infrequently as once a year, and in such a case, the service provided may not seem worth the annual fee.

Knowing the problem, however, didn’t immediately lead me to a good solution. Many people are still willing to pay for my services, which means that there is value there. The question has been how to generate revenue if I made my service free. Some people suggested that I put ads on my site, but ads would bring in very little revenue, and I didn’t want my site to feature ads that I didn’t approve of. So lacking a better idea, I kept the same business model going for another few months as I pondered what to do.

The decision to make my service free came after I read a report on Facebook’s earnings. In the report, it quoted Facebook’s management as saying that the company has always tried to grow the number of users using a new product, and then tried to figure out how to make businesses pay for it.

What struck me about Facebook’s strategy is that they implicitly made a distinction between users and customers. Some people might scoff at this notion, but Facebook provides tremendous value to its users like you and me. The value Facebook provides is tremendous in the sense that it costs an awful lot of money to keep the services running.

Because users are the beneficiaries of Facebook’s service, it may make sense to charge the users somehow. Indeed, Facebook experimented with different ways to charge its users in its early days. They found, however, that users aren’t willing pay. As a result, Facebook abandoned that effort and settled on charging businesses. Charging businesses make sense because businesses have both more money and a greater willingness to pay.

By making the regular membership free, I’m betting that the same strategy will work for MoneyGeek. I will strive to make this site as popular as I can, and then figure out a way to charge businesses. I don’t know exactly how I will charge businesses, but I have a couple of ideas, which you’ll see introduced in the coming months. But whatever the idea, I pledge to introduce only those that won’t compromise the integrity of this site.

So, that’s my rationale for making the regular membership free. I hope that you get a lot of value out of it. If you find it useful, I hope that you tell your friends and family too.