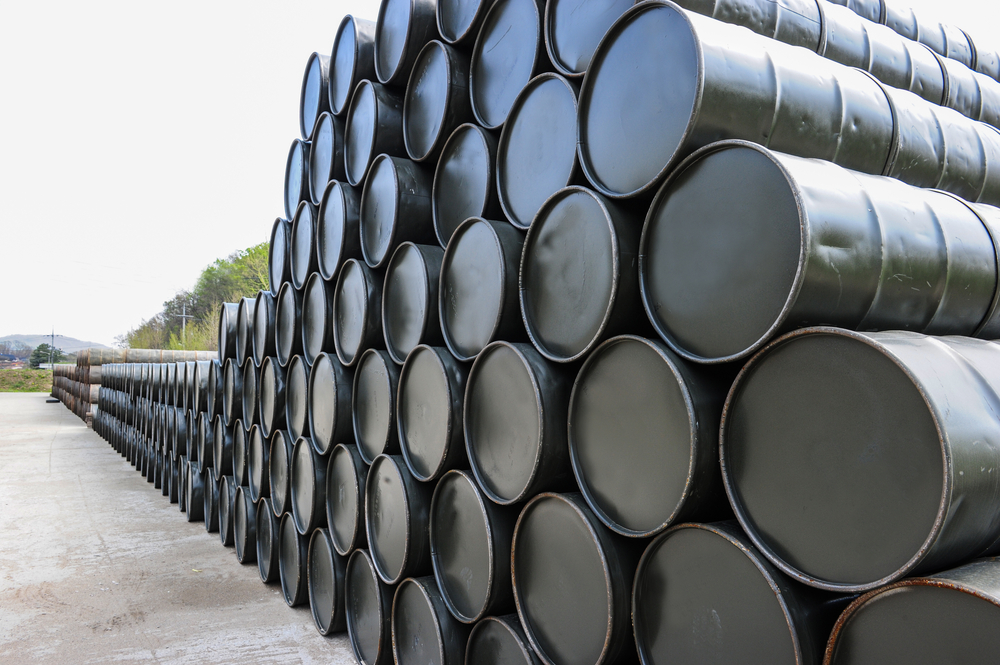 In this series, I (Jin Choi) talk about my goal of reaching $1 million in my TFSA account by 2033. If you want to know what a TFSA is, I recommend you read my free book. In this post, I’ll also provide updated numbers on the global oil supply and demand forecast, and explain why I no longer think that oil is guaranteed to reach $60/barrel.

The majority of my portfolio currently consists of oil and gas stocks, so the performance of my portfolio should largely be tied to oil. The price of oil went down again from $48.29/barrel to $46.02/barrel at the end of June, and my portfolio suffered as a result.

There were several fundamental reasons why oil prices fell last month. One, Libyan and Nigerian oil production has recovered sooner and to a greater extent than expected. Both countries’ had experienced production outages due to geopolitical considerations.

Two, U.S. shale oil producers appear to be ramping up production much more quickly than expected. After hitting its low point in the summer of last year, the number of rigs drilling for oil in the U.S. has roughly doubled. Many people now expect U.S. oil production to increase by 1 million barrels/day by year end.

Three, the demand for oil hasn’t increased as much as expected. As the following tweet shows, oil demand has increased by roughly 1.5 million barrels/day each year for the past three years. This year, however, demand growth has only averaged close to 1 million barrels/day.

Of the three developments, this last one worries me the most. While increasing oil production is a concern, it is still relatively predictable and at current pace, manageable. But demand, on the other hand, is relatively unpredictable and it has the potential to swing the supply and demand balance by a significant magnitude.

For Q4 (Oct-Dec), the IEA expects global demand to grow a further 0.6 million barrels/day, while it expects production outside OPEC countries to increase by less than 0.2 million barrels/day. Therefore, unless OPEC production grows substantially more than expected, or demand grows substantially less than expected, I expect the supply deficit to last at least until the end of this year.

While it’s very possible for demand growth to disappoint again, I don’t think there’s much chance that global supply will exceed expectations in Q4. Libyan and Nigerian production is now close to capacity. Most shale oil producers don’t make money at current oil prices, and they will find it difficult to raise money via share issuances in this environment, so I expect them to idle rigs going forward. The process of idling rigs may have already begun.

Furthermore, with oil prices still low, I believe that the only way demand growth will disappoint substantially is if there’s a global recession. While it’s hard to forecast the arrival of recessions, the signs so far don’t point to one coming soon. The Conference Board Leading Economic Index, which has a good track record of predicting U.S. recessions, is still showing positive numbers. The Chinese economy is much harder to read, but the numbers coming out look good. Ray Dalio, who runs the largest hedge fund in the world, says he doesn’t see any economic risks for the next year or two.

Why I No Longer Think Oil Will Go Above $60/barrel

Although I expect global oil supply to be in deficit for the remainder of this year, the picture becomes murkier next year. The IEA expects both global demand and non-OPEC supply to increase by 1.5 million barrels/day in the year. If they’re correct and if OPEC doesn’t increase its production, then I would expect a production deficit to continue into next year.

However, some people think that non-OPEC production could increase by even more than what’s forecasted for next year, primarily driven by U.S. production. Among those who are arguing this case is the famous oil investor Andrew Hall. Hall and others argue that U.S. producers have been able to cut costs significantly, allowing them to be profitable even with oil at $45/barrel.

If they’re correct, the number of active drilling rigs in the U.S. could continue to increase if/when oil goes back above $50/barrel, and that could result in an even larger than expected increase in global production. The magnitude of the increase could be large enough to swing the global production situation from deficit to oversupply, which could crash oil prices once again.

I must admit that I’m surprised by the extent to which U.S. shale oil producers have been able to bring costs down. If they continue to keep costs low, then I would have to concede that oil price may be stuck under $60/barrel for many years.

I had previously believed that the drastic reduction in shele oil costs over the last couple of years is temporary. When oil prices crashed in late 2014, oilfield services companies significantly lowered their prices, in order to survive. As drilling activity increased this year, I expected these oilfield services companies to increase their prices, and that has indeed happened.

However, it appears that much of the cost reductions we’ve seen since 2014 is actually permanent. Shale oil companies have significantly brought down the number of days it takes to drill each well. Since they pay for rigs by the day, the reduction in the number of days spent drilling directly impacts their overall drilling costs. Shale oil companies have also advanced better technologies that allowed them to extract more oil out of the ground. With more oil produced per well, the cost of drilling per barrel has gone down.

As a result of these efficiency gains, multiple analysis seems to suggest that many U.S. shale oil companies will break even at roughly $45/barrel this year. This is corroborated by the financials reported by such companies, which show many of them eking out a profit in the early months of this year. This suggests that these companies won’t stop drilling unless oil plunges below $50/barrel.

In the long term, this means that if oil goes to $50/barrel or higher, U.S. shale oil producers will increase their drilling activity significantly, and the resulting flood of new production will bring prices back down.

While I previously thought that was a stretch, it looks like I’m wrong in that regard. Andrew Hall extrapolated from some assumptions that shale oil could produce the full 4.5 million barrels/day with just 800 active oil rigs (currently, it’s close to 750). While I’m somewhat skeptical of his analysis, he may not be too far off. In addition, non-shale oil companies will also drill their own wells, so shale oil wells don’t have to produce 4.5 million barrels/day for global supply to grow faster than global demand.

What this means in the end is that I was wrong to expect oil prices to move up above $60/barrel permanently. Of course, $60/barrel could still happen if OPEC decides to cut production drastically, or if geopolitical factors disrupt production. At current oil prices, I actually expect the latter to happen now, as most OPEC countries can’t balance their budgets below $60/barrel.

But even if oil does go above $60/barrel for geopolitical reasons, I think it’ll be hard for the price to stay there. That’s why I’m proverbially throwing in the towel on long term oil prices.

So what does this mean for my TFSA portfolio? This is something I’ll have to evaluate carefully. On the one hand, the dramatically lower oil price forecast will significantly lower the fair value of many of these companies. But at the same time, my stocks have also had the benefit of lower costs, which have been responsible for my more pessimistic view on oil prices in the first place.

Furthermore, I’m coming to realize that my approach to valuing oil and gas companies may have been wrong. I had justified my investments by building somewhat complex models of oil and gas companies. While I believe the structure of these models is correct, they require some long term projections of oil and gas prices, as well as drilling costs. My experience over these past few years taught me that these assumptions are almost impossible to guess correctly.

As a result, I will rely on much simpler models to evaluate oil and gas companies going forward. For example, I may try to calculate the free cash flow of a company assuming $50/barrel oil, and use that as a basis for calculating the fair value of the company.

After I re-evaluate my stocks, I may decide to sell some of them. Even if I don’t, it’s unlikely that I’ll put my new TFSA contributions into oil and gas stocks. Rather, I hope to devise some machine learning algorithms, and let them dictate what I invest in my TFSA. I hope to create some algorithms by next year.

Lastly, let me just clarify that my TFSA account does not reflect the nature of my overall investment portfolio. I hold a lot of oil and gas stocks in my TFSA because it makes sense for me to put my highest risk/highest reward stocks in the TFSA. To give you an idea, I hold more than 10% of my assets in cash. I also own some corporate bonds as well as stocks in a diverse set of industries.

Furthermore, I’m becoming more concerned about a potential recession around the corner, despite what Ray Dalio thinks, so I’m actually trying to think of ways to derisk my overall portfolio further. My TFSA portfolio will continue to hold risky stocks, but I may increase my allocation towards cash, bonds and gold related stocks in the months ahead.