What Is XIV, And Why Did It Blow Up? 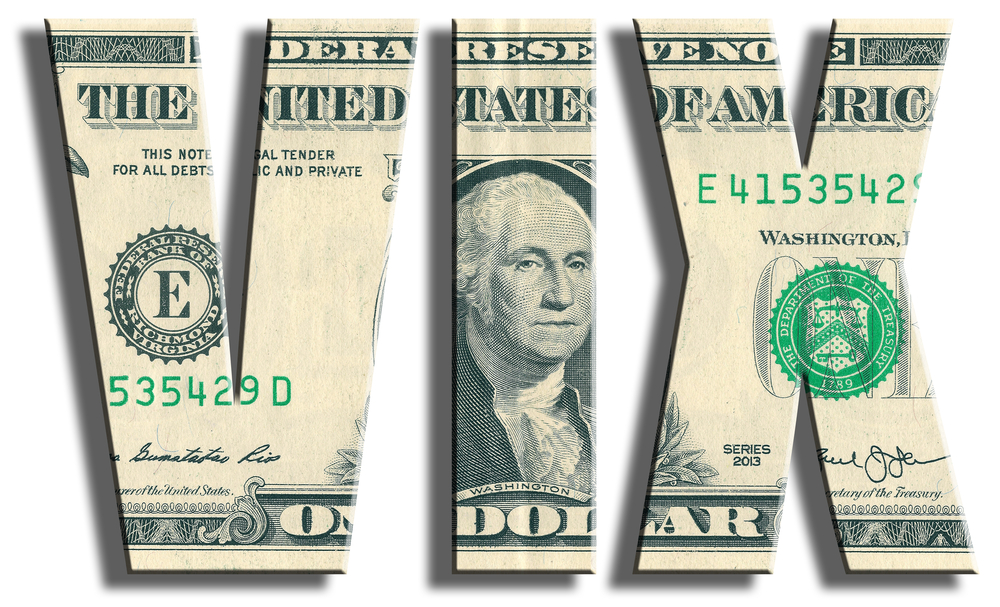 At the beginning of every month, I brief members on how MoneyGeek's Regular portfolios have performed and comment on the state of the financial markets. In this update, I’ll also talk about an investment product called the VelocityShares Daily Inverse VIX Short-Term ETN, which “blew up” in February.

The performance of MoneyGeek's Regular portfolios for the month of February 2018 were as follows.

In contrast to our competitors, MoneyGeek’s Regular portfolios employ stocks/ETFs that follow the value investing strategy (QVAL, IVAL and BRK-B), and also allocate a larger percentage of the portfolios toward Canadian oil and gas stocks (XEG.TO) and gold (CGL-C.TO). If you would like to take a look at our portfolios, I invite you to sign up for our free membership.

MoneyGeek’s portfolios outperformed our competitors in February. The Canadian and international stock markets did poorly during the month, which brought down the performance of our competitors. Fortunately, MoneyGeek’s portfolios have a smaller than average exposure to the Canadian stock market, and our international ETF performed well, thanks to its value investing strategy.

The stock market experienced a nervous spell in the early days of February. Between Jan 26 and Feb 8, the U.S. stock market dropped by 10.1%. Since the magnitude of the drop was more than 10%, this drop qualified as a stock market “correction”.

The market correction came virtually out of the blue. Some people tried to blame rising inflation and interest rates, but that explanation is problematic because it’s nothing new. If investors really feared those things, the stock market should have performed poorly in January when inflation and interest rates were rising quickly. Furthermore, the stock market mostly recovered from the correction despite the fact that fears around inflation and rising rates haven’t gone away.

Although the reason for this market correction is unclear, it produced a very notable set of victims: investors in the VelocityShares Daily Inverse VIX Short-Term exchange-traded note (Ticker: XIV). XIV is an Exchange Traded Note (ETN), which operates similarly to how an ETF works (read my free book to learn about ETFs). As with ETFs, ETNs are investment products that normally track an index, which you can buy on the stock exchange.

On February 5, XIV lost 14% of its value during trading hours, going from over $115/share to just under $100/share. But after the market closed, investors found out that the fair value of the assets tracked by XIV amounted to just $4/share. When the stock market opened the next day, the price of XIV promptly fell by over 90%, and it has since been delisted by its issuer.

But how can an ETN lose over 90% of its value in one day? To answer that question, let me first explain how XIV works.

XIV is an example of an “inverse” ETN which goes up in value when the index it’s tracking goes down. For example, if the index loses 20% in a day, then XIV would gain 20%. But what if the index goes up by 100%? Then XIV would theoretically lose 100%. Note that this is a problem that’s unique to inverse ETFs. Whereas most indices can’t lose 100% or more of their value, they can generally gain 100% or more.

Now, most indices generally don’t gain 100% overnight. For example, it would take a truly earth shattering event for the S&P 500 Index to double overnight, since that means the largest U.S. stocks would, on average, have to double in a single day. However, XIV was vulnerable because its index was something that could, and did double overnight.

The index that XIV bet against is called the S&P 500 VIX Short-Term Futures Index. What’s unique about this index is that it doesn’t track a group of stocks as most other indices do. Rather, it tracks the expected volatility of the U.S. stock market in the near future. In other words, if investors believed that the stock market would remain calm over the next month or two, the index would go down, and vice versa.

One of the known aspects of an index that tracks volatility is that its value can jump up and down significantly in a matter of days. This is particularly true when investors become suddenly anxious. For example, during the Greek debt crisis of 2011, it took less than a month for volatility to go from roughly 15% in annualized terms to 40%.

But over the past number of years, and particularly in the months leading up to February of this year, stock market volatility has remained at historical lows as investors have generally felt confident. As a result, although U.S. stocks historically experienced a volatility of between 15 and 20% in annualized terms, investors have often bet that volatility would remain as low as 10% during recent months.

Unfortunately for XIV investors, that nightmare scenario arrived on February 5th. For days leading up to that point, stock markets had gone down and investor anxiety had increased. So when the stock market had yet another down day on the 5th, investors had a mild panic and sharply increased their bets that the stock market would become more volatile. The expected volatility went from 17% the day before, to 37% at the end of the day. This doubling of volatility essentially wiped out XIV’s investors.

So what can we learn from this episode? I think we can draw a few lessons, but I believe the most important one is this: never invest in something you don’t understand, no matter how stellar its track record.

In the two years leading up to its implosion, XIV’s price had increased from $18/share to over $140/share. I have a feeling that many investors bought XIV based purely on that track record, without understanding what the S&P 500 VIX Short-Term Futures Index was, or the fact that it could jump suddenly. They paid a price for that lack of due diligence, and we should try not to commit the same mistake with our own investments.