Flirting With The Bear Market 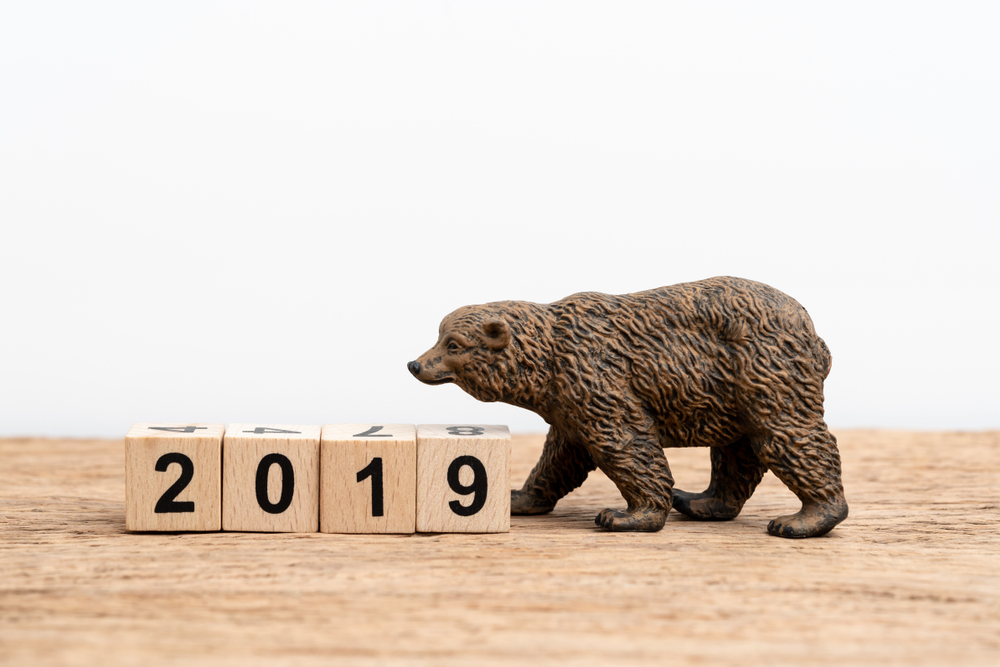 At the beginning of every month, I brief members on how MoneyGeek's Regular portfolios have performed and comment on the state of the financial markets. In this update, I’ll also talk about the stock market’s recent plunge.

The performance of MoneyGeek's Regular portfolios for the month of December 2018 were as follows:

In December, Regular portfolios outperformed the competitors. This occurred for two main reasons.

First, BRK-B didn’t decline as much as the rest of the US stock market. While the US stock market went down by 8.4% in Canadian dollar terms, BRK-B dropped by only 3.9%. BRK-B generally does well in situations like these because the company tends to hold stocks in stable businesses, as well as lots of cash. As of the latest financial statements, BRK-B held nearly $100 billion in cash and short term government bonds.

Secondly, CGL-C.TO surged by 7.7% in Canadian dollar terms. Gold generally does well when stocks go down, which is why I had introduced CGL-C.TO to MoneyGeek’s portfolios. After dragging down the performance for most of the year, it’s good to see gold justify its presence in the portfolios.

By some measures, December of 2018 was the worst December for stocks since 1931, during the Great Depression. Furthermore, from September 20th to December 24th of this year the S&P 500 fell by 19.8%, its lowest point thus far. When a stock market falls by more than 20%, we call it a “bear market”. We have come very close to entering a bear market, though stocks have rebounded somewhat since then.

Investors are still trying to figure out why stocks decided to plunge recently, and have offered various theories. One theory says that the economy is weakening, and that we’re likely to enter into a recession soon. This theory may well turn out to be correct, but it hasn’t deterred the members of the Federal Reserve, who have access to extensive economic data, from voting unanimously to raise interest rates in December. If the economic data wasn’t strong, some members would have voted to hold rates down.

Another theory says that although the economy is strong, rising interest rates is what’s hurting stocks. Donald Trump in particular has been very vocal in expressing this view. Academic research does show that high interest rates tend to coincide with stock market weakness.

However, correlation doesn’t necessarily imply causation. Interest rates tend to be highest during late phases of the economic cycle, just before a recession begins. The recession could be the cause that depresses stock prices, not the rate increases themselves. To support that point, 2017 saw a similar number of rate hikes as in 2018, yet stocks had a banner year in 2017.

Another theory for the recent stock market plunge says that investors are increasingly becoming worried about the impact of trade wars, particularly with China. A trade war may very well damage the global economy, but the problem with this theory is that such worry is nothing new. Investors have had ample warning about trade wars since the beginning of this year, yet stocks have done well until just recently.

In my opinion, it does no good to obsess over just why the stock market is falling. History shows that stock markets can fall significantly without any rational reason. One prime example of this is the Black Monday of 1987, when stocks crashed by over 20% in just one day for no apparent reason. Some people believe that a particularly popular investment algorithm crashed the market that day.

A more useful question to ask is whether the recent stock market plunge will continue. Unfortunately, I don’t know the answer to that, and I’m convinced that no one else does either. However, I do believe this is the right time to take a cautious approach.

There’s a famous investment quote that rings true. It says “Bull markets are born on pessimism, grow on skepticism, mature on optimism and die on euphoria”. We have certainly experienced optimism, and I dare say, we also saw euphoria. How else do you explain an obscure marijuana stock like Tilray commanding tens of billions in value?

Such euphoria doesn’t die overnight, and even after a nearly 20% plunge in stocks, I don’t sense much fear or pessimism among investors. This is in contrast to the last time stocks plunged hard, when investors seemed to believe that the world was ending.

I don’t know if investors have to become much more pessimistic before stocks start another bull market, but history suggests that such pessimism is necessary. If that’s the case, buckle up - we could have a wild start to 2019.